Who are you and what do you do?

My name’s Tom (@tomeves91 on Instagram and Twitter) and I run a business called spiced! Selling handmade vegan spice pastes that contain no gluten or oil.

How long have you been eating plant-based foods and what made you get into plant foods?

I went vegetarian in 2011 but it wasn’t until the start of last year that I fully committed to plant-based foods by going vegan. Like most people ethics was and remains my main motivator – there’s simply no reason for humans to torture and kill animals for pleasure – but I’m also a passionate environmentalist and a bit of a health freak so those two factors are very important to me as well.

Do you like making food and what are your favourite foods?

I cook for myself every day and whilst sometimes it can be a bit of a chore I’m going to say on the whole an emphatic yes! I think cooking is such an essential life skill and I love being in complete control of what I’m putting into my body.

In terms of my favourite foods I would say (unsurprisingly) anything that involves a lot of spices.

Describe your day with plant foods.

I practise intermittent fasting so I just have one big meal per day followed by a smoothie (currently banana and oat) and dates. As for what that big meal could be I primarily do one pot cooking although I’m partial to baked sweet potatoes and big bowls of salad too!

Definitely a blender. I’ve been having a smoothie every single day for several years now so I don’t think I’d be able to live without one!

What one food could you not live without and which food do you miss the most since switching to plant based foods?

It’s probably not the answer people are expecting based on what I’ve said thus far but I’m going to say cereal. I currently only have it twice a week on days where I’ve done a workout but I’ve loved it for as long as I can remember and I don’t think I’ll ever tire of it!

As for which food I miss most I think it’s probably halloumi. It used to be one of my favourite treats and unlike the vast majority of meat and dairy products I don’t think there’s a vegan substitute that’s quite like it.

What do you consider the most important foods in your diet and why?

For me it’s simply lots and lots of vegetables. If I had to narrow it down slightly I’d say chopped tomatoes, frozen spinach and lettuce are my absolute essentials that I have pretty much every single day.

Would you say you look and feel more healthy?

It’s hard to pinpoint how eating plant-based has affected how I look because I made other lifestyle changes a few years ago (namely intermittent fasting and lifting weights) that have had a huge impact. But I can definitely say that I feel healthier! Knowing that you’re putting cruelty-free nutritious food into your body is very mentally satisfying.

How has eating plant foods changed you?

I think it’s massively improved my cooking ability and made me experiment with foods that I previously didn’t think I liked. Plus I don’t experience any nagging sense of guilt like I used to because I know that what I’m eating isn’t causing any suffering to another living being. On top of that it’s given me a lot of motivation with my exercise regime because I want to be the best ambassador for the lifestyle I can be and show that you don’t need to eat meat to build muscle!

What advice would you give to someone who is thinking about getting into plant based foods?

My main advice would be to get experimenting in the kitchen! I think a lot of people are put off a plant-based lifestyle because they’re unsure what they would eat and where to start. But the only way to learn is by getting stuck in and practising and you may find (like I did myself) that foods you once thought you disliked become your new favourites. 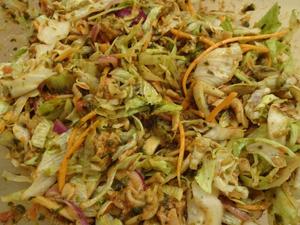 Who are you and what do you do?My name is Pál and I have a YouTube channel called Conscientious…

Who are you and what do you do?My name is Christina and I work at a small German based…

Select which cookies to opt-in to via the checkboxes below; the website uses cookies to examine site traffic and user activity while on the site, for marketing, and to provide social media functionality. More details...